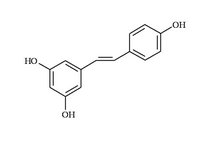 activity, increased mitochondrial number and improved motor function. Lagouge et al. report in Cell that resveratrol not only greatly increases mitochondrial function and endurance but that downstream effects on gene expression depend on SIRT1-dependent deacetylation of PGC-1

. These results are all consistent with resveratrol acting through the same pathway by which caloric restriction extends lifespan. In just a few weeks, these results have been widely reported and are already well known. I recommend reading the original articles and the commentary by Kaeberlein and Rabinovitch in Nature, and following the reporting by Nicolas Wade in the New York Times. I expect this story to show considerable endurance.
Posted by Steve at 11/26/2006 10:17:00 PM 1 comment: